Editorial: Gun Violence and the Opposition of Safety by GOP Candidates 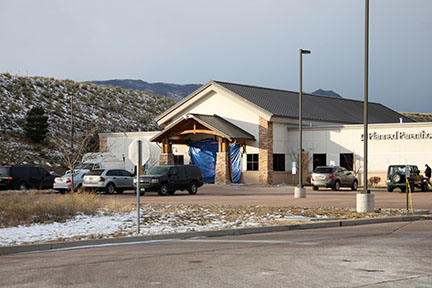 In the past three months, I have been indirectly connected to three mass shooting crimes.

On December 12, a girl was arrested for planning to commit mass murder in her school. I can’t completely confirm this, but I’m pretty sure her number is in my phone. I met her at a leadership conference in the summer of 2015.

About two months ago, three people were shot in downtown Colorado Springs, right across the street from the gym I go to. One of them was on a bike when he died. I’m in a local bike club, and some of my peers said that they had met him before. We had a minute of silence at our end-of-season party only a few weeks later.

In late November, a Planned Parenthood not five miles from my school was attacked. My mother is a first responder, and she knew the emergency medical personnel that pulled the injured and murdered out of the clinic.

These connections raise questions not only to my personal safety, but the safety of every student attending my school. Even more, it could raise questions for the state of Colorado, the United States of America, and possibly the entire world.

Does every 16-year-old girl living in a rural town just happen to be connected to multiple mass violence cases? Given the current circumstances, in which there have been 51 mass shootings in the United States since November 1, 2015, I think it’s more common than we’d like to believe.

Despite overwhelming evidence, republican presidential candidates refuse to accept that gun violence has become part of our nation’s identity, or that it needs to change.

On January 5, 2016, President Obama announced his new executive actions to reduce gun violence. These orders included keeping guns out of the hands of dangerous people by requiring firearm sellers to perform thorough background checks, hiring more agents to enforce gun laws and increasing access to mental health care. In my opinion, none of these actions sound unreasonable, especially in wake of the recent gun violence on local, national and international scales.

On November 13, Paris was attacked by ISIS in a terrorist act that murdered 130 people. On December 2, another 14 people were killed in a mass shooting in San Bernardino, California. Wouldn’t it be ideal to prevent future attack like this by enforcing gun control laws? Some people seem to think not.

“He’s [Obama’s] obsessed with undermining the second amendment,” said Marco Rubio, republican presidential candidate, in an interview with CNN. “He’s obsessed with burdening the law-abiding citizens who are going to follow the law no matter what it is.” This viewpoint seems to be shared by many of the GOP candidates, as well as Speaker of the House Paul Ryan, who said, “Rather than focus on criminals and terrorists, [Obama] goes after the most law-abiding citizens.”

In his executive actions, Obama never suggested anything that would hinder a law-abiding citizen to purchase a gun. If what Marco Rubio says is correct about law-abiding citizens, then I see no problem in asking them to put up with background checks, especially if they “are going to follow the law no matter what it is.”

Furthermore, it seems pretty ripe to me that the same presidential candidates who insist all Muslims be banned from entering the USA for the sake of the “American people’s safety” have such opposing views about gun laws. More than 30,000 American citizens alone are killed by guns each year, but the GOP candidates are more interested in repealing everything the democratic party has to say about the issue, than they are in putting an end to the violence caused by it.

On January 5, Ted Cruz posted a picture of President Obama on Twitter that adorned the words, “Gun Control is Government Control.” However, in a speech at the Heritage Foundation, Cruz equated Obama’s defense of Islam with a defense of terrorism, saying, “He spent a significant portion of his Sunday address as an apologist for radical Islamic terrorism,” and “We want a president and an attorney general who is standing up to defend this nation, not an attorney general who decrees herself the speech police for any who dare speak out against this threat.”

At a rally for front-runner GOP Presidential Candidate Donald Trump, a Muslim woman named Rose Hamid was escorted out of the event for standing up in silent protest as Trump suggested Syrian refugees fleeing the war could be affiliated with ISIS. After insisting upon Hamid’s removal, Trump said, “There is hatred against us that is unbelievable. It’s their hatred, it’s not our hatred.”

These blatant displays of racism prove that several GOP candidates only actually want the best for the American people if those people are white gun-owners. Why else would they so readily declare a ban on Muslim people entering the U.S., but shoot down orders to make guns safer?

Marco Rubio recently created an ad in which he says Obama’s plan is to “Take away our guns.” This is false. Never did the president suggest he wished to confiscate any guns. There are approximately 283 million firearms in civilian hands in the United States. I would like to know how Rubio thinks that the government is planning to seize each and every one of them.

After President Obama’s gun proposal, Jeb Bush said that the new laws would take away the rights of someone selling a gun out of their collection. This is, once again, a fallacy. Obama is not focused on preventing private gun sales, but on making internet gun sales safer and providing more thorough background checks for guns being sold at stores and in gun shows.

This brings me back to my original question. Is it so rare that I, a 16-year-old girl living in a small town, am indirectly connected to three recent cases of gun violence? I don’t think that it is. Violence has become our national identity. The election of a president who refuses gun laws will only make this issue worse in more innocent peoples’ lives. 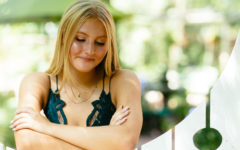 Commentary: We survived COVID… How do we move forward? 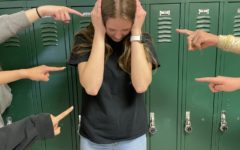 Commentary: Inside the mind of a victim

Dear Editor, I am Sammi Clapham, a junior at MSHS in Mr.Gillard’s creative writing class. I believe at Manitou Springs High School t...

Dear Editor, Increased anxiety associated with schoolwork and frustrations with the recent occurences of the school may sound familiar. A... 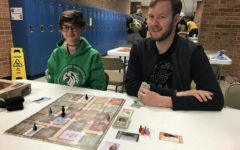 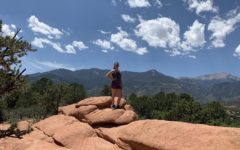 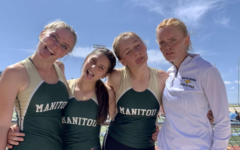 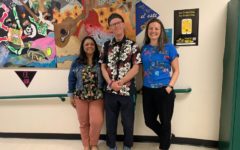 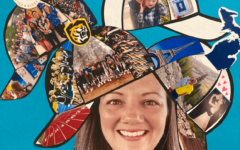