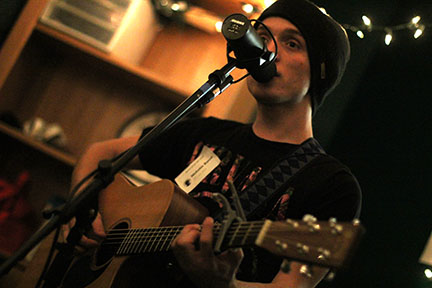 The Prospector recently got to sit down with Nikk Banos from Denver band Defy You Stars. Nikk, the lead singer and guitarist, shared some of his new songs that he is working on for the band and answered questions. Defy You Stars has opened up for bands like Metro Station, Ghost Town, Shatterproof and they have also played at Van’s Warped Tour. Defy You Stars is formed of Nikk Banos on lead guitar, Nikko Evans on base, former drummer Patrick Milburn, and newly added drummer Brian Kotal.
Defy You Stars has been a band with a drummer for two and a half years and a band without a drummer for six and a half years. They play shows all over Colorado and they recently came back from a show in Lawrence, Kansas opening for My Electric Heart. Sometimes, you can catch Nikk and Nikko at concerts around the state.

Prospector: What was the first song you ever produced?
Nikk: I was really in to grunge and a bunch of 80’s rock and I really got into that band Bush and I heard that song “Glycerine”. I wrote a song with the exact same chord progression without thinking anything of it, so I went into the studio and I wrote this song called “Party Girl”. I recorded it and my mom spent $200 so I could record this song and I gave a copy of it to my whole family. Two or three years later I had started writing a bunch of other stuff and I wanted to record some music, so I went and recorded the EP “That Was Then”. Then after that I recorded “You’re What It’s All About”. After that I recorded “Torn Up” and then the first version of “Eventually” and then “Stars”, and then I eventually recorded the album, “In the Meantime, In Between Time”.

Prospector: What was it like to play at Warped Tour in 2014?
Nikk: It was cool to play but it was also crazy hot. We played earliest in the day and we played on the stage that was westernmost so it was really hot. I was delusional because I had just met Of Mice&Men and I was running around, tired and sweaty an hour before we just started playing and I though it was a good idea to wear skinny jeans in the heat. There was one point in the set where I did one of my spins and there was a solid five seconds where I blacked out. There was a very clear spot in my spin where I was unconscious for about a second. I tossed myself up and I lost it and I came back in time to land the jump, but thankfully I didn’t fall. It was a really hot day and I didn’t have anything to drink but it was just a blast because the crowd was really cool. It was weird because it was one of the last days of the tour and all of the bands and everybody was tired. I really liked the vibe of it and I like how many people came because people who normally don’t get to go to shows came and people who travel with Warped all summer got to come check us out.

Prospector: Where do you hope to see the band in five or ten years?

Nikk: Doing what we do but a lot bigger. We don’t necessarily want to be famous but we want to show up to a place and have people there. It’s never really been about making money, but you have to sell a certain amount of things to make money to make an album and then turn around and play shows. People will hear your album and that’s how they come out to see your shows. My goal has always been to be able to travel the world and play music for as many people as I can and have a blast and write music with different people. I would like to have those resources available to me to make music all the time. The goal is ultimately for the music to be paying for itself and to play for as many people as possible.

Prospector: What bands inspire you the most when you’re writing your music?
Nikk: When the band first started, All Time Low inspired us a lot. When we were working on the album, it really just depended on the songs we were writing at the time. For some songs it was The Story So Far, for some songs it was The 1975, for a few songs Harry Styles inspired me. I wrote “Like Glass” when I was on a Pierce The Veil kick, “Scared For You” was because I was listening to a lot of One Direction, “Wild Fires” was because I was listening to a lot of My Chemical Romance, and a lot of “Rest” was inspired by Sleeping With Sirens. A lot of the new stuff is inspired by everything from blues and jazz to the bands that I normally listen to (Pvris, 30 Seconds To Mars, Panic! At The Disco, John Meyer, and Queen). 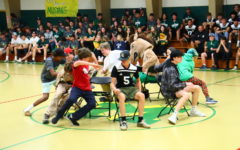 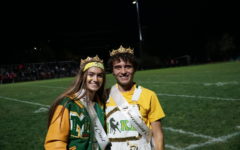 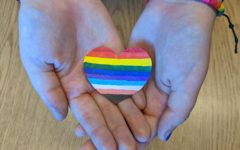 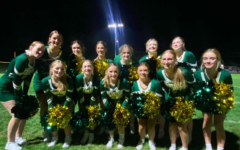 MSHS brings in more cheerleaders with a new competition team 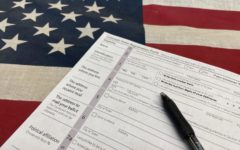 Bryce Van Derveer Shares his Passion for the Ukulele 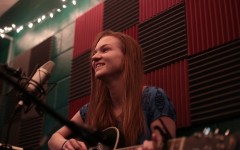 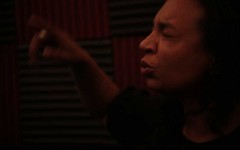 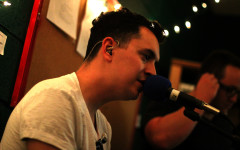 Modern Suspects: a name, a band that just might grow on you

Notes From The Nook (Episode 3)

When most hear that a band has been produced, they recoil in horror in the same way they most do when hearing about GMOs. Are they correct in respond...