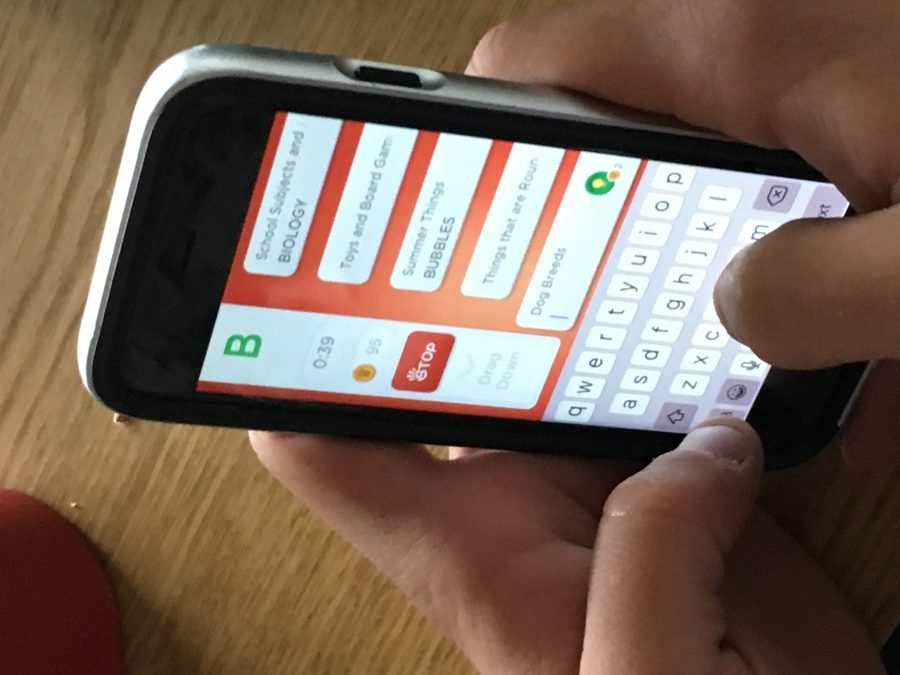 The basic theme of the game, “Stop!”, essentially comes entirely from Scattergories, where instead of spinning a wheel you simply roll a 26-sided die to determine the letter, and then answer for twelve categories instead of five. “Stop!” gets its name from the player’s ability to stop the round at any point in the 60-second time frame. This not only stops the game for the original player, but also for their opponent, which brings another strategic element into the game.

This game, albeit simple, provides tons of fun and competition between friends. I have been lucky enough to experience this fun and competition with many of my friends. The game is at its best when the player is given enough time to at least attempt to answer four of the five categories. It is when people decide to answer one or two categories and then immediately stop the game at the minimum five seconds of game time that the game is at its worst, but for the most part people do not use the cheap tactic.

The game becomes most difficult when the player spins letters at the bottom of the alphabet like Z,X,Y and Q. However, if the player does initially spin one of those letters they have the chance to spin again, for the price of two coins. This ability to redo also translates into the categories screen, where a player can also re-spin for a new category.

Overall, “Stop!” is an enjoyable game for a good amount of time, specifically when it is being played with friends. It is, although, very possible for the game to quickly lose its charm, or for a player to simply cease playing it. Personally, I would recommend its creative origin that is Scattergories for an even more enjoyable time for fans of the mobile game.