Fall Sports Preview: Boys’ Soccer is Ready for Anything 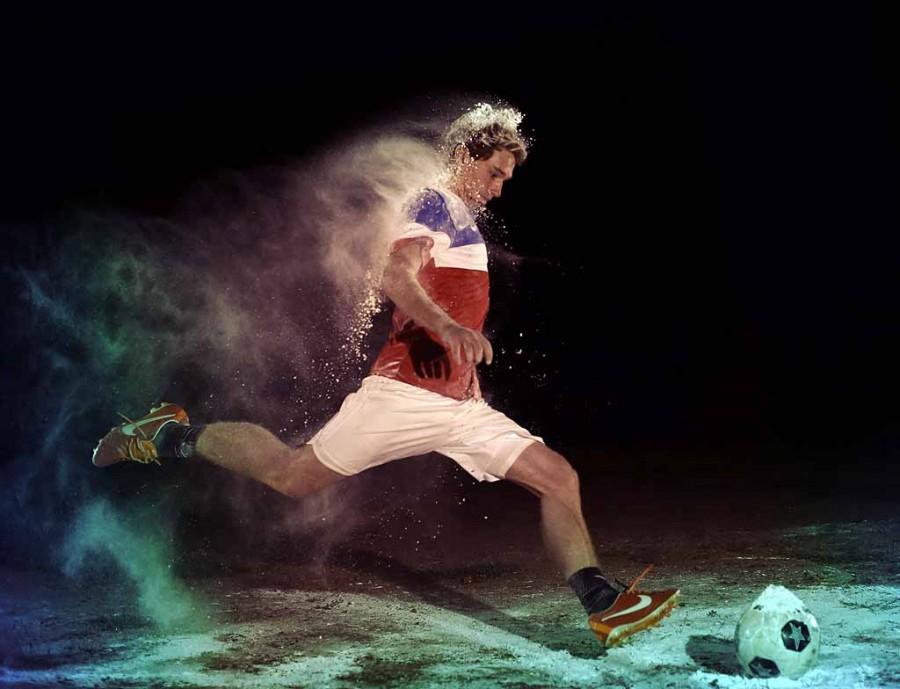 In addition to being co-captain of the soccer team, Spangler (12) is Student-Body Vice President, President of National Honor Society, and plans to apply to Stanford University in Stanford, California.

This year, the boys’ soccer team have set their goals and are climbing to reach them. But it’s the two captains, seniors Carter Sandras and Leland Spangler, that are pushing the team to strive and make those goals come true.

Spangler has been a varsity player since his freshman year. So far in high school, he has only scored four times, but that’s only because he’s one of Manitou’s star defenders. His skills have challenged harder teams over the years, but he says he doesn’t know if it’s because he’s getting better or the other teams are getting worse. Spangler personally thinks he’s become a much more mature player and person in general since he began high school soccer.

When he was a freshman, he thought all the seniors were “big surly people with beards,”but now that he is one, Spangler sees it from a whole different perspective and can now get his goals and priorities in order. His biggest goal this season is to get the team to state, but that isn’t all.

Spangler has a specific vision for what state will look like.

“I’m looking forward to when we are in the state finals with thirty seconds left, and it’s tied 2-2 with Faith Christian. They are going to cross the ball in for a shot and I’m just going to go on my hands. My heels are going to come over my head and I’m going to hit the ball in from center back, and it’s gonna rocket over their keeper. He’s going to fall on his face and we’re gonna score. The thing I’m excited about is I’m gonna run around the field at the Rapids’ stadium with my arms out wide like the pros,” Spangler says.

Sandras is also a four year varsity player, but in what many see as a much more challenging position.

He has been starting goalie since his freshman year and has broken the school record for goalkeeping more than a few times. He has been a role model to the freshman on the team since day one. Sandras and Spangler have taught and shown the underclassmen what they have learned and what they should and should not do to stay true to themselves.

Sandras has also been approached with the occasional math question from his teammates and he willingly helps when he has the time. Although his goals don’t include breaking any records this year, he does have a few others in mind. “Honestly, I just want to go to play-offs, make it far, but when it comes down to it, I’m just more looking forward to see where everybody else ends up,” Sandras told the Prospector. “It’s going to be sad when all the seniors leave, but it’s also going to be fun to see everyone step up and become the leaders when it’s their turn.”

By the end of the season, the captains hope to have a team with as much heart and dedication as they do, but also hope to make it into the play-offs and maybe even state. Even if they don’t reach these lofty goals, they hope just to end the season on a good note with the team as a giant family with smiles on their faces.