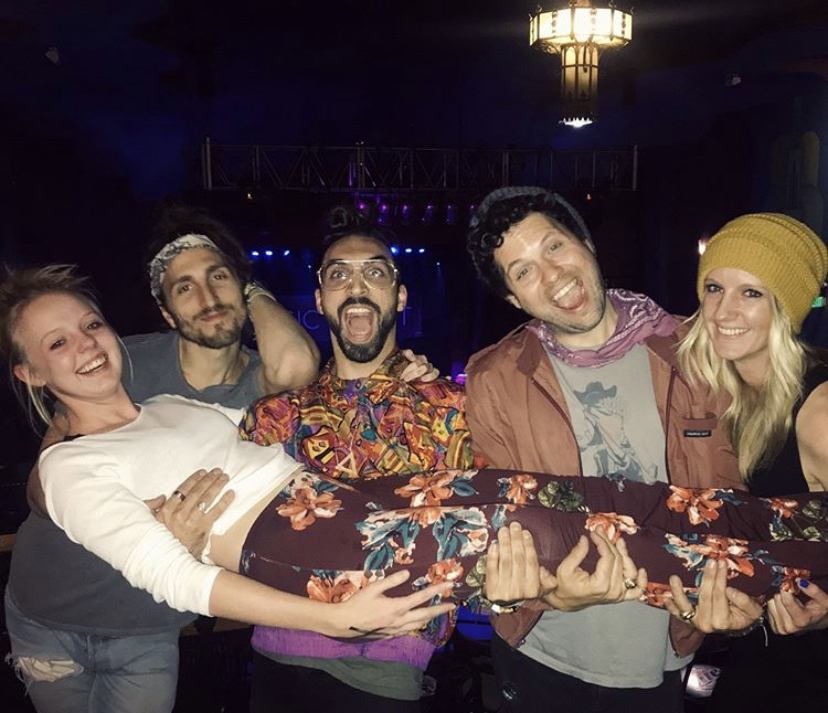 Capturing the soul and heart of people has been something that bands long for since basically the beginning of music. A new up and coming indie-folk band, Magic Giant, is slowly making its way to achieving this goal. Magic Giant writes songs not only to appeal to everyone but connect with them as well. Led by lead singer Austin Bisnow, the band went from almost nothing to making it on top radio stations and touring the world. Presenting themselves in a spiritually uplifting manner, Magic Giant has touched me as well as any other group. Every year around September, Magic Giant goes on a camping trip called Camp Misfits with all of its fans. It is designed to be a spiritual getaway with friends, family and the band. Magic Giant has truly touched my heart and is beginning to touch others’ hearts.

I strongly recommend listening to any of their songs, even if it isn’t your type of music. The way they speak to the audience through their songs is so connecting and brings an uplifting vibe. I have met them multiple times and not only as writers but people, they are an amazing group and deserve to be heard. For every ticket purchased they plant one tree to make a difference through music. Magic Giant has new music coming out this month and a show in Denver in February. All of the band’s merchandise is made from recycled clothes to save the environment. As a band, they are trying to keep the Earth in good shape and improve the Earth’s wellbeing. Magic Giant is an amazing band with an amazing purpose, their music truly touches souls. I would highly recommend listening to their album In The Wind, as well as their newest single “Rocketman”.