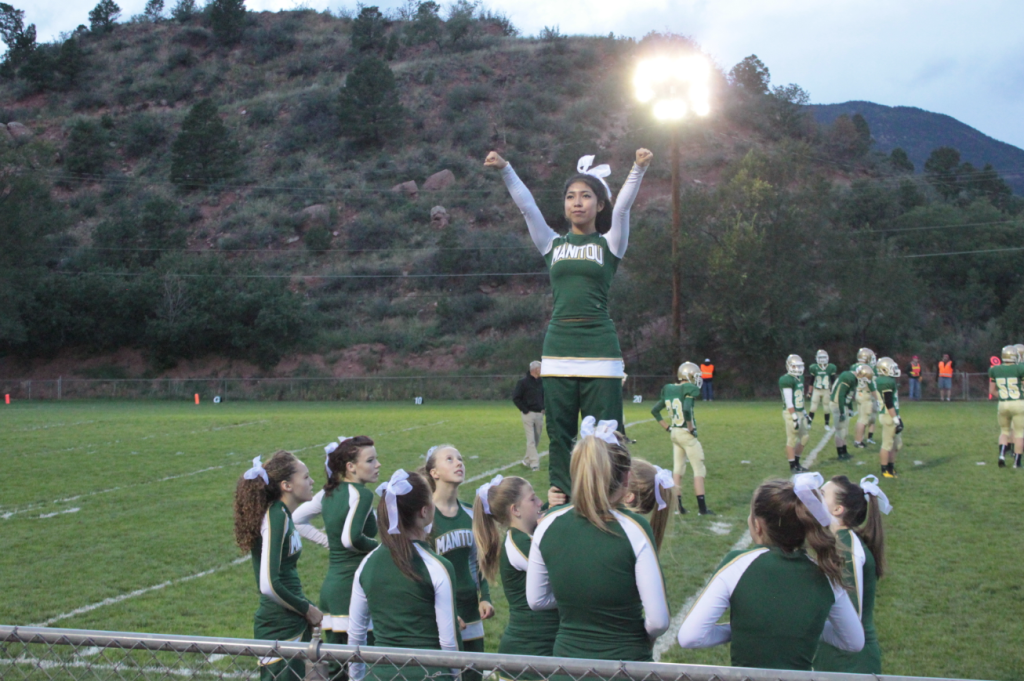 The cheerleaders had something to prove at the October 24 Douglas County High School competition. They won the competition last year, in fact they’ve won the state competition the past two years.

When their name was called as the winner, the cheerleaders were so happy, because they had practiced hard since September.

Senior Emily Lord has been on the team for two years. She is one of the bases this year. Prepping for this competition is the same as it has always been for her.

“I usually don’t nervous. For some reason I don’t really get nervous until I’m looking at the mat. I just think’oh, I got this. We’ll be great’, and then I get there and freak out!” Lord said.

“The other teams in our division are very diverse. Some are not so good when others are very tough to beat,” Reagin said.

Until then, the cheerleaders practice two hours every day to improve their routine. Lord says, “We’re just practicing as hard as we can! We know what we need to improve and how we’ll do that, now it’s just turning words into action!”

The entire routine is 2 minutes and 30 seconds. It takes about 3 months to perfect it and the entire summer to get ready,” Reagin said.