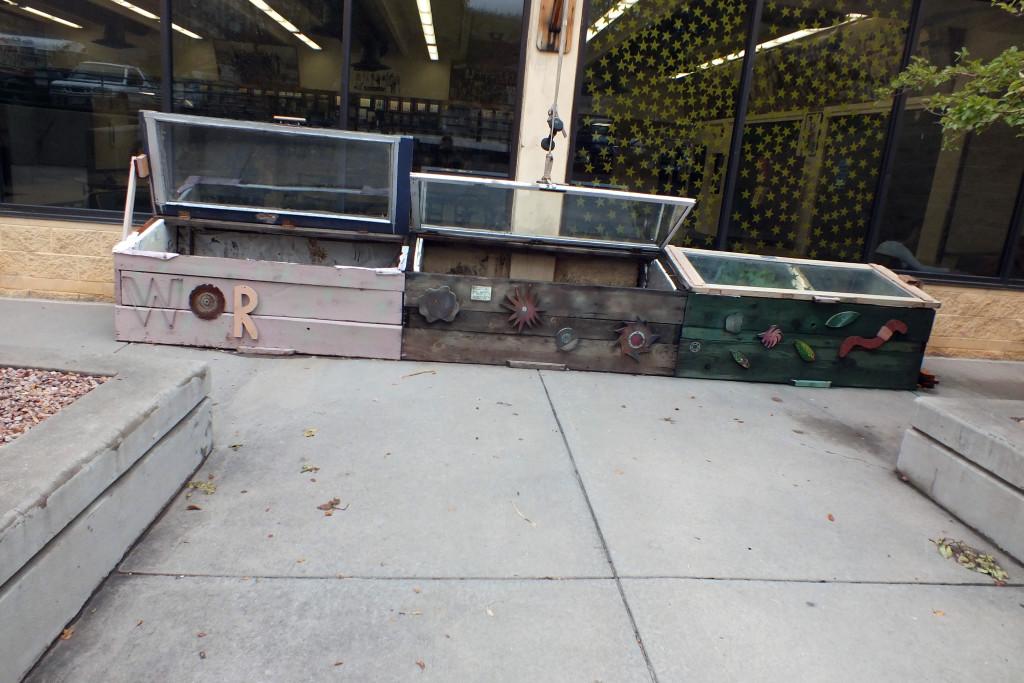 W.O.R.R.R.M.S. has three cold frames locates outside of the commons.

Here at MSHS you may think of us as the school of green and gold, but it looks like we’re going green.

You may have heard of the W.O.R.R.R.M.S club, it’s been around for a while, but do you know what it’s about? It’s not a club about little wriggly creatures that live in the dirt, that’s for sure. W.O.R.R.R.M.S is a group of teens who are concerned about this world and wish to make it a better place. W.O.R.R.R.M.S stands for: Waste. Obliterators. Reuse. Renew. Recycle. Manitou. Springs.

You may think of nature as a never ending resource, but the fact of the matter is that it’s not. Our world is in a delicate balance and W.O.R.R.R.M.S. believes it is our responsibility to keep everything in check. The problem is if we don’t change the way we live in a couple hundred years we won’t be able to live here. Wouldn’t you want to be that change?

Ben Gilliam is the teacher sponsors W.O.R.R.R.M.S. He is looking for people he can put to work.

“No matter who you are or what your talents are, you have something that W.O.R.R.R.M.S needs,” Gilliam said.

Gilliam has big plans for this year. The first of these plans is growing and donating food to people who need it. This is starting with the garden where the club has already started growing food. Gilliam says even if it wasn’t a lot of food, the people of Manitou who need help would be very grateful for some home grown organic goods.

The second plan is looking into alternative energy for the school. Gillam will be having weather tests done to see if solar power or wind power would be a better alternative for Manitou.

The third of his plans is to join up with the outdoor club sometimes. “Hey, sometimes you need to take a break from saving the world and just enjoy nature for a bit. Sometimes you have to take a step back and enjoy nature,” Gilliam says.

One general thing the high school is already doing is recycling. But W.O.R.R.R.M.S also hopes to get an organized recycling program along in an informational piece that helps people get a better understanding of recycling.