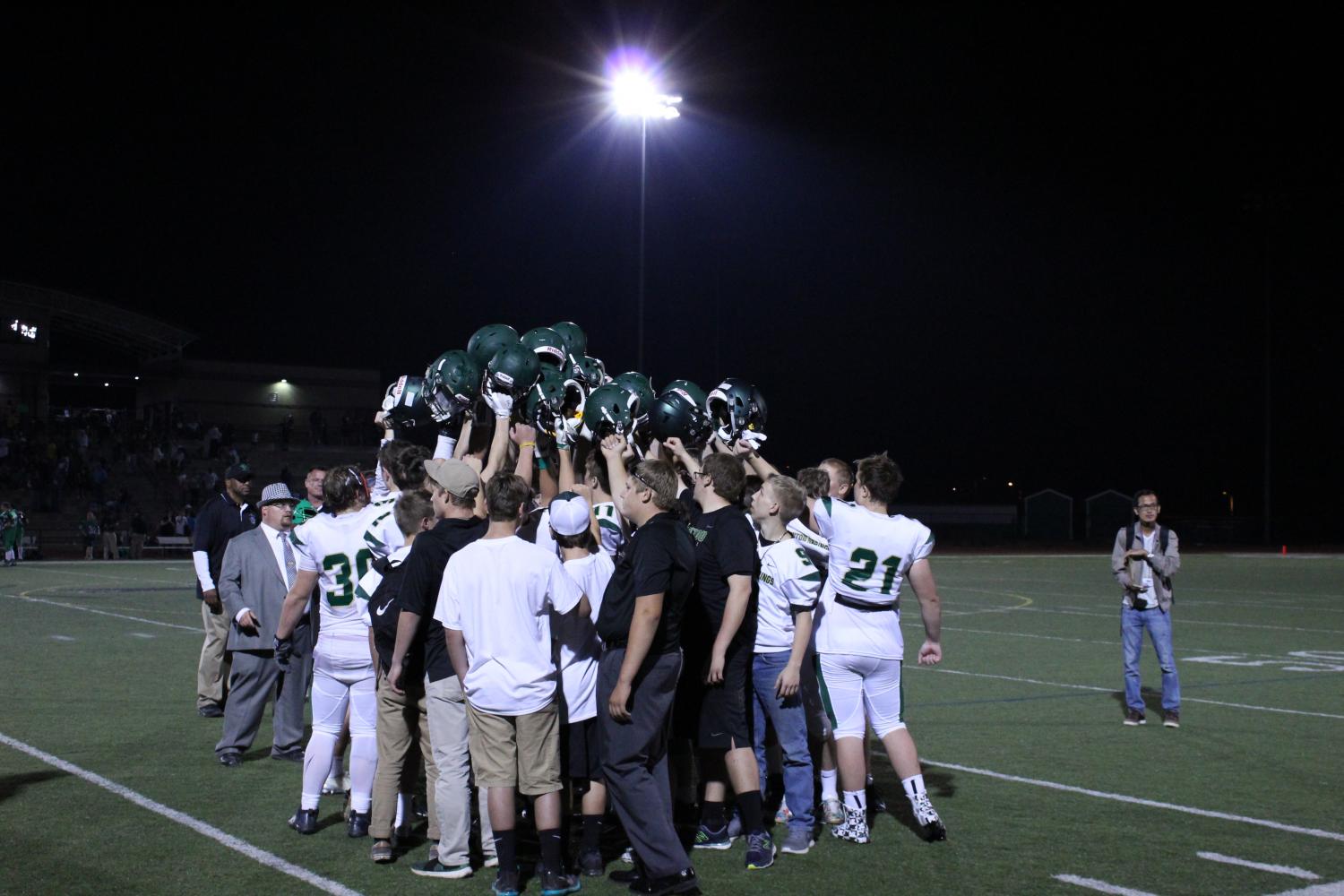 The Manitou Springs High School (MSHS) Football Team started off the season with a roar as they secured a win over St. Mary’s. Although, the players fought a game of tug-a-war for points and suffered a hard loss during last Friday’s game against Faith Christian.

The second quarter was a nail-biter, as both teams played a game of tug-a-war for touchdowns. “Faith Christian scored first. When we finally scored, (Faith Christian) stole back the score and nothing was stopping them,” said Juliana Rizo (10), one of the fans at the game. Before anyone could blink, the score was 14-7 for the Mustangs.

When the team moved into the third quarter, Faith Christian secured three touchdowns, two being turnovers. Even though it was a hard loss for the Mustangs, it helped the team gain strategies to become stronger.

“We had a rougher game, and a lot of components still need to fall into place in order for us to start winning and truly competing. However, we were able to realize and begin to utilize some of our strengths and our identity, and that’s what we’ll emphasize the rest of the season,” said Quinn Hersey (11), a varsity player.

Even though the Mustang Football Team started off to a rough start, they are optimistic about winning future games.