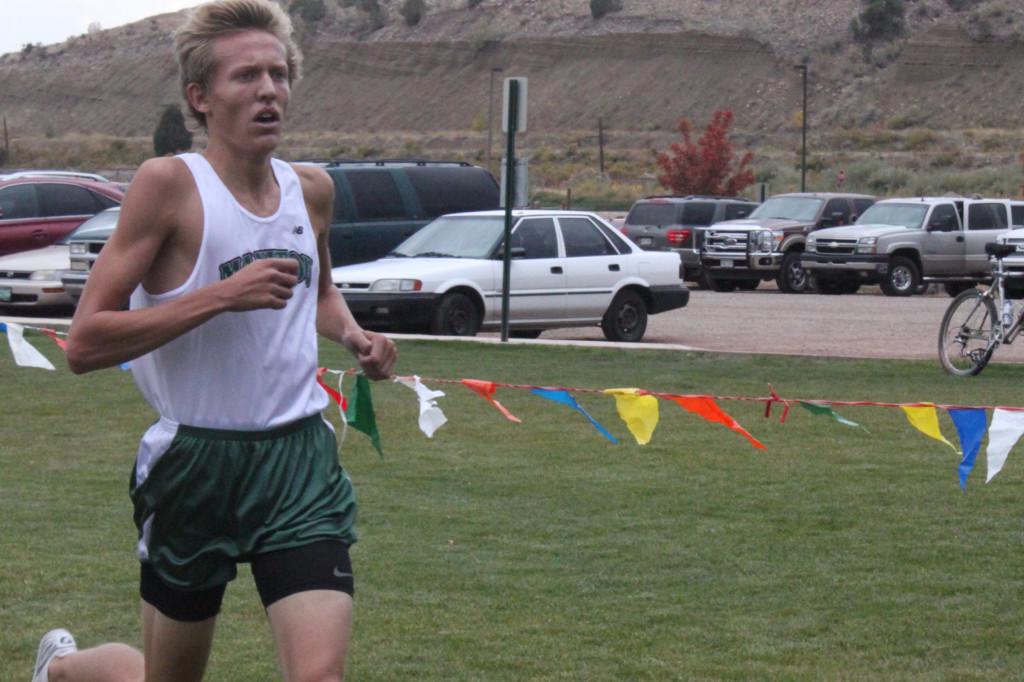 Finn was the only Manitou runner to qualify and the only Mustang representative at the meet.

A four-year cross-country runner and team captain, Finn had mixed feelings about the race.

“This was probably my last cross-country meet ever,” said Finn. “It’s kind of bittersweet.”

The course was notoriously difficult, with multiple hills accompanied by cold, windy weather.

The conditions were manifested in the times, as Finn ran a 20:23, a far cry from his personal record of 17:12.

“It proves something about his drive as a senior … to qualify for State,” said Hilt. “It says a lot about his character to be able to see it through like that.”

Finn’s performances this year could benefit future cross-country runners at Manitou, as Finn was the first Mustang to make it to cross-country State since 2000.

“It gives us something to shoot for,” said Hilt.

Now that cross-country is officially over, Finn is beginning to focus on track, where he also hopes to make it to State, a feat he has accomplished every track season.