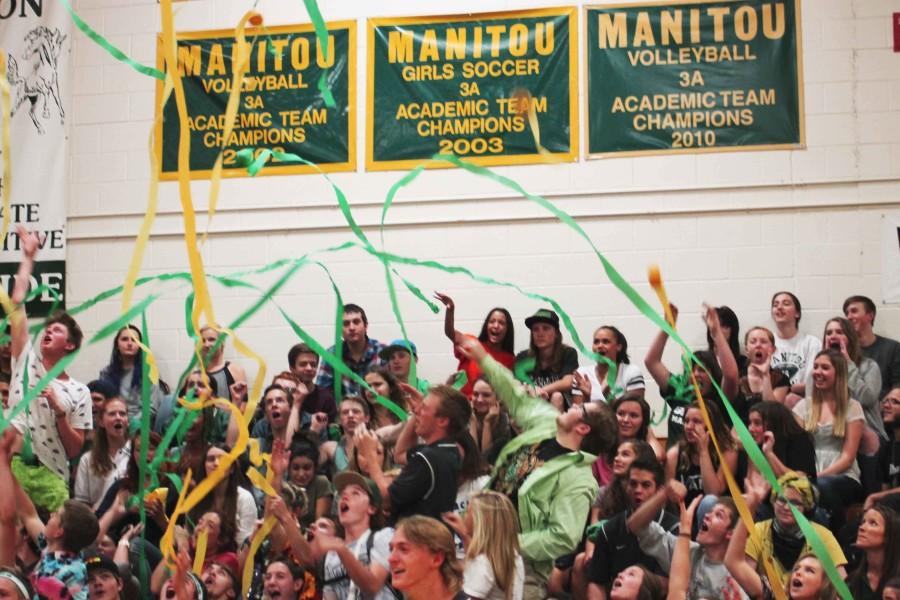 Homecoming is almost upon us, and everyone is mentally preparing for all the festivities to come. Even if some of us won’t be participating in the events or dress-up days, it’s always good to know what’s ahead of us, from September 24 to the first of October.

Saturday the 24 consists of the first Knowledge Bowl meet of the season, with Manitou hosting ten other schools, and a boy’s soccer game against Falcon. Later that day is also a drive-in movie event of Disney’s Peter Pan from 8 to 9:30pm. This choice of movie is in accordance with this year’s homecoming theme, “Off to Neverland,” so the movie should help prepare those going to the homecoming dance.

The next day, on the other hand, will be a more low-key day of decorating the hallways of the high school in preparation for homecoming week.

Monday holds a JV football game against Englewood and, in contrast, the Powder Puff game, where the boys will be cheering the girls as they play their share of football.

Tuesday the 27th doesn’t hold any special events, but on Wednesday will be a volleyball game against Florence.

The week then regains momentum on Thursday, with not only a boy’s soccer game against Vanguard taking place, but the massive bonfire event also happening from 8 to 9:30pm.

When Friday rolls around, and with only one day before the dance, homecoming gets real. First, there is an assembly in the new gym for a good chunk of the day, where court members participate in some fun, competitive games. Then, at 1:30, the homecoming parade takes place, where the sports and activities at the high school each get their own float to ride on through Manitou and toss candy to bystanders. At 4:00pm is the tailgate party held by the football cheerleaders, with lots of food like chips and dip. Finally, after all the buildup that day, the football game against Lamar is played at none other than our own Richardson field at 7:00pm.

After the school week is over and Saturday comes around, the hotly anticipated homecoming dance drops at 8pm, and lasts until 11. The theme, as stated before, is “Finding Neverland,” so the dance should be quite interesting. For those of us who aren’t much dancers, there is a side party alongside the dance that lasts from 8 to 11:30pm. This includes a photo booth, a room to play games at, and a movie room as well.

With homecoming week all panned out now, preparing for it should be a cinch. See you next week!